NEW YORK FASHION WEEK
Girl looks incredibly womanly and sexy wearing lace, which is one of hottest trends of Spring/ Summer 2011 fashion season. Know how to wear lace to be in vogue and attract attention! 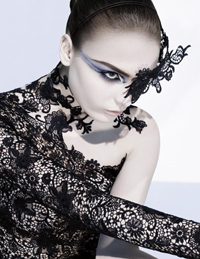 We all want to look fashionable but this is impossible without knowing modern tendencies in the fashion world. Some of the Spring/ Summer 2010 trends will be out and some will still be hot. And a few absolutely new trends will shatter the glamorous world soon.

Fashion Know It All: SheerAnne Slowey shows you how to wear spring’s transparent pieces By Anne Slowey | January 25, 2011 12:00 p.m.

Dear FKIA,
Transparent fashions are so seductive, but how to wear them without being charged with public indecency?

Frankly, I wish people (read: celebrities who make strippers in G-strings and pasties seem prim) could be thrown in jail for revealing their body parts. It’s not that I don’t appreciate the female form and the messages it can convey. Think of how the great masters—as in painters, not golfers—revered an abundance of flesh adroitly posed to symbolize wealth, health, and sensuality. But these days, as we all know, vulgarity too often passes for self-expression.

Still, that doesn’t mean there isn’t a tasteful way to flaunt what God gave you. Designers have been playing with ideas of exaggerating the female silhouette by placing emphasis on the breasts and hips for centuries. What’s refreshing this spring is that they’ve embraced a more measured and intellectual approach to celebrating the body electric, meaning it’s easier to look sexy without stumbling into raunchiness. Sheer or translucent panels over sporty bandeaux on long columns embody a modernist approach and are reminiscent of exercise gear or a sci-fi sheath. The best say, “Look but don’t touch,” with admirable Grecian reserve.

Narciso Rodriguez is a particular standout here. He’s been mining subtle sensuality since he launched his own line in 1997 and is devoted to exploring how smart women want to strut their understated stuff. Working in his signature palette of black and neutrals and pairing a long, tailored jacket with a whisper-thin shift, he strikes the perfect note of hard and soft. Reed Krakoff from his own line took a more uniform tack by finishing his sheer-top dress with a banded neck and shoulders and a drop-waist kilt. Richard Chai’s pants veil a pair of gym shorts with a barely there skin-tone, tulle T-shirt. Even Proenza Schouler’s layered lingerie dresses are a high-IQ take on a lady’s underpinnings. As Hitchcock clearly believed, the ice queen has it all over the red-hot mama. 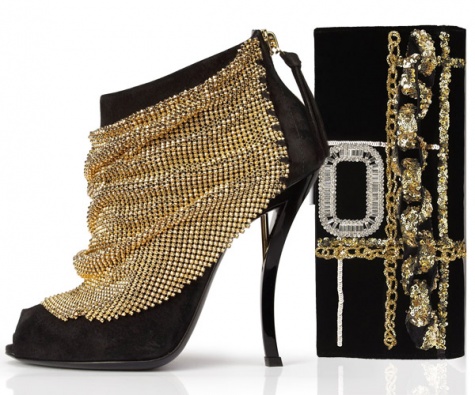 At the Audi JoBurg Fashion show in South Africa, a new color trend emerged consisting of purple tonal-combinations for both the casual and eveningwear markets. The purple shades range from dusted mauve to vivid indigo. Along with the color trend were busy prints emerging from the colors and seen were designs by Carducci and Vesselina.

The pencil skirts created with a trim silhouette and paper bag waistlines, were a key item at the Audi Joburg Fashion show. Designer Doreen Southwood created a pencil skirt with the details of tiered layers. Both daywear looks by Doreen Southwood and “Forever Me” by Llana were loved.

Super Wide leg palazzo pants will be in this upcoming fall 2010/winter 2011.
Stefania Morland was one of the designers for this emerging trend. The styles seen on the runway came in fabrics such as denim, cotton twill, leather, and velvet.

Designed for the fashion show were Cropped Peplum jackets with a flared silhouette, and paper bag waist line details. Among the designers were Doreen Southwood and David Tlale.

Eveningwear is a significant market sector for South Africa. All-over sequins for jackets and dresses were created in gold and molten silvers especially for this market. Errol Arendz and Thula Sindi created dazzling pieces for the show.

“Jodhpurs” are a tight fitting pant from the knee to the ankle and tend to be loose in the hip. These pants used to be especially made for horse back riding, but are now coming into style with an edge. Designers Leigh Schulbert and Stacy Alexander revamped the Jodhpur pant with casual interpretations in fluid jersey, and cropped Capri lengths.

TREND; BELTS
TAGLINE; “BELT IT UP IT‘S A CINCH”

For winter 2011 the belts that were in style were elasticized cinch belts, self fabric belts, low-slung hip belts, belts with double buckle detailing, and metal studs as well as tiger tooth detailing.

The newest hats for the upcoming fall and winter seasons are the turban style
hats in fabric and leather, and the asymmetrical suede cloche hat, among others.

TREND; STUDS, FRINGE, AND APPLIQUE-DETAILED PURSES
TAGLINE; “STUD IT UP WITH FRINGE BENEFITS AND APPLIQUES”

The new purse styles for fall 2010 and winter 2011 will include stud, fringe and appliqué-detailing on purses.

Last, but not least, are the Indian fabric prints on scarves and the ultra-long wool scarves which were presented on the runway, along with built-in, fur-lined hoods for the fall and winter season 2010/2011.

Thula Sindi’s eponymous label was launched in 2006 and as such is still seen as a newcomer to the South African fashion scene.
The look: Sophisticated style with a youthful twist
Key items: One shoulder blouses, and trench coats
Color focus: Black and white, grey, marl, pewter, violet, indigo, flashes of turquoise, and marigold yellow
Fabric: Stretch wool, chiffon, and “liquid finish”

Darkened charcoal replaces true black.
The colours of darkness and hibernation inform the deep tones of brown, blue, red, and green.
Urban grey greens, oceanic blue greens, bright green tea, and refreshing mint are key across all levels.
Intense indigo inky blue and grey-tinted air force blue are key.
Replace the pinks of last season with rich purples tinted with grey. Dark tones of mauve have an almost brown cast and pale tones are blanched and washed.
Greys are tinted with blue and green and mauve for a new take on neutrals.
rue yellow is replaced with nature-inspired tones of maize and wheat. Fungal browns and oranges are organic and taken from the earth.
Colour washed pales are tinted, pretty, and clean with a hint of nostalgia.
Super-bright red with orange cast is important across all levels, as is oxblood, raspberry, and watermelon.
Highlights of glowing pink and lime are used across all palettes to add a modern aesthetic. Lastly, Flat silver and silvered gold are key neutrals working across all levels.